Lake Tahoe is considered to be one of the most beautiful Alpine Lakes in the World. It is 22 miles long and 12 miles wide with 72 miles of shoreline.

It is also one of the deepest.  On July 4, 1875 two men discovered the deepest point of the lake by lowering a leaded champagne bottle on a fishing line from the side of their boat: a fact confirmed a century later with sonar.  Depth: 1,646 feet. 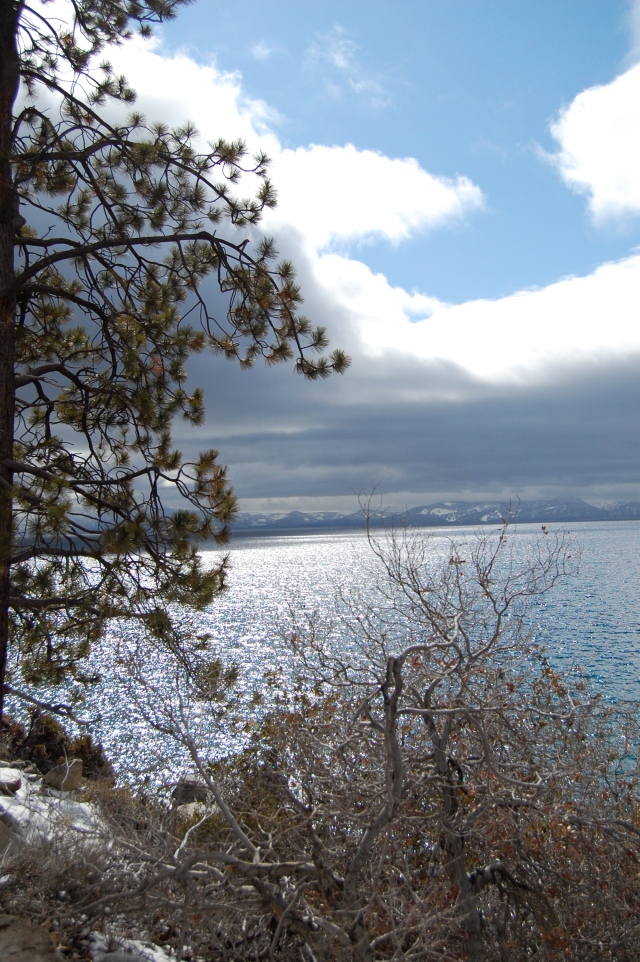 In the 1800s, Lake Tahoe was a major logging area providing timber for the many gold and silver mines in California.   After this industry died out, wealthy Eastern industrials like Vanderbilts, Astors and Roosevelts discovered the lake, built fabulous homes and drew attention to the area. Skiing became popular in the 1920s and 1930s with clubs and races happening here and drawing folks.

After World War II small ski resorts expanded, patronized by many soldiers trained as ski troops. The Winter Olympics in 1960 put the area on the map, so to speak. It is said to be a remarkable accomplishment because  no major ski resort existed in the area.  The publicity for the Olympics generated tremendous interest and soon the area boomed with ski destinations.

For more photos and posts about the Lake Tahoe area keep scrolling down.   Enjoy!